A New Kind of ‘Bird Dog’

Dogs aren’t just pets, in many cases they are colleagues! Canines have been working alongside humans for centuries performing jobs ranging from search and livestock herding to bomb detection. Their loyalty, desire to please, focus, keen sense of smell, and stamina suit them well for many careers. Not to mention, scientific studies indicate that dogs in the workplace reduce human stress and increase productivity! Some famous companies such as Google as well as our very own Bird Conservancy of the Rockies allow well behaved pups to join their owners at work. Two paws up for this!

More recently, our canine companions have made an appearance in the conservation world. Dogs are trained to search for bumblebee nests or invasive plants, locate animal carcasses at wind farms, and conduct scat surveys for rare mammals. Entire organizations are dedicated to training and employing dogs in the field of wildlife and conservation biology. They are low cost way to provide high quality scientific data and are fantastic field partners.

Enter Bird Conservancy’s very own sparrow herding dog, Badger. Characteristic of his breed, the Australian Cattle Dog or Blue Heeler, he possesses intelligence, the drive to work, and a desire to please, A strong herding instinct coupled with the fact that he lacks the desire to capture small animals, is a perfect combination for rounding up tiny grassland sparrows. 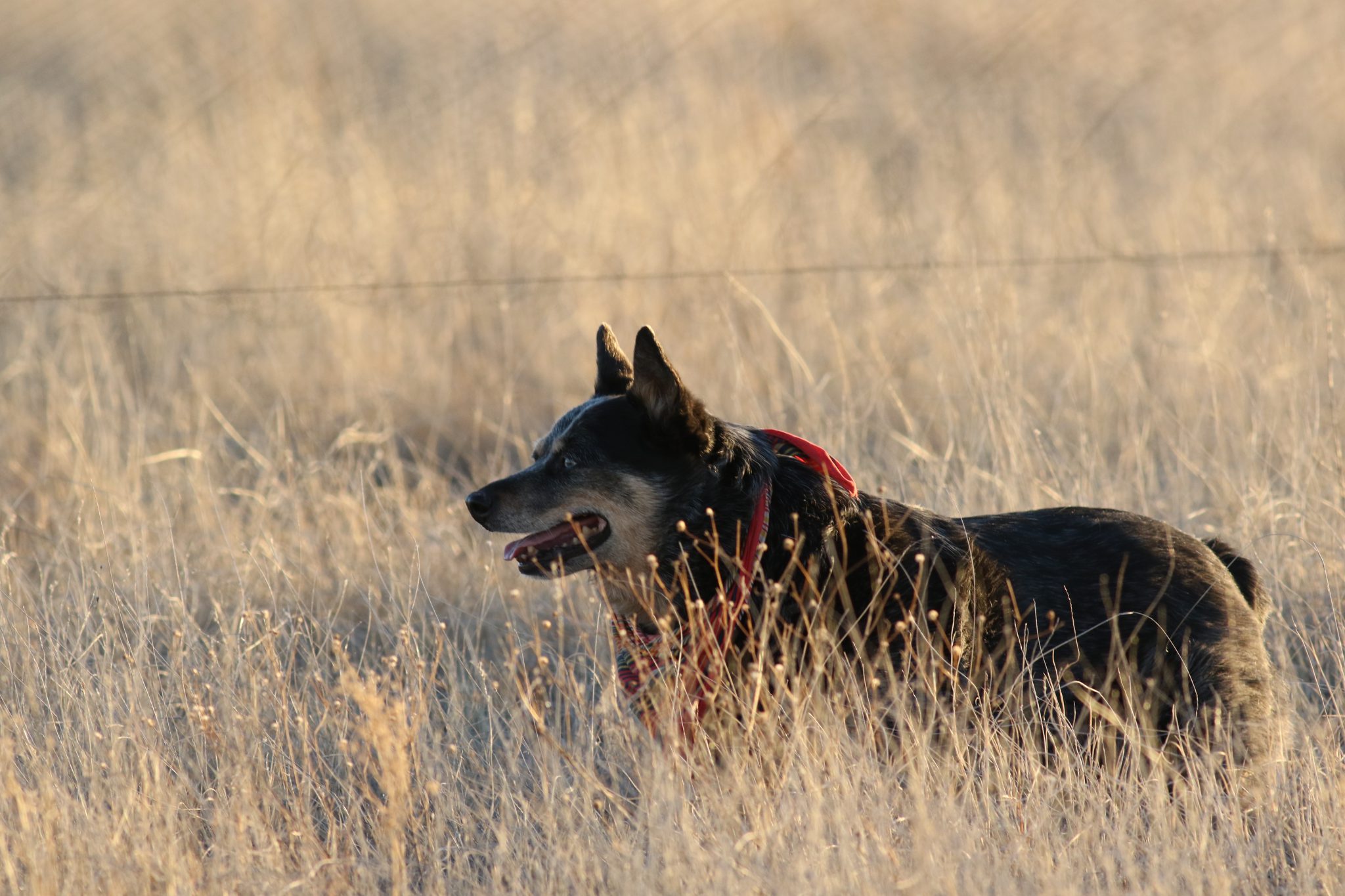 Badger, or Tejón, patiently awaits his next set of instructions in front of a mist net set up in the Chihuahuan Desert grasslands of Mexico. Photo by Greg Levandoski 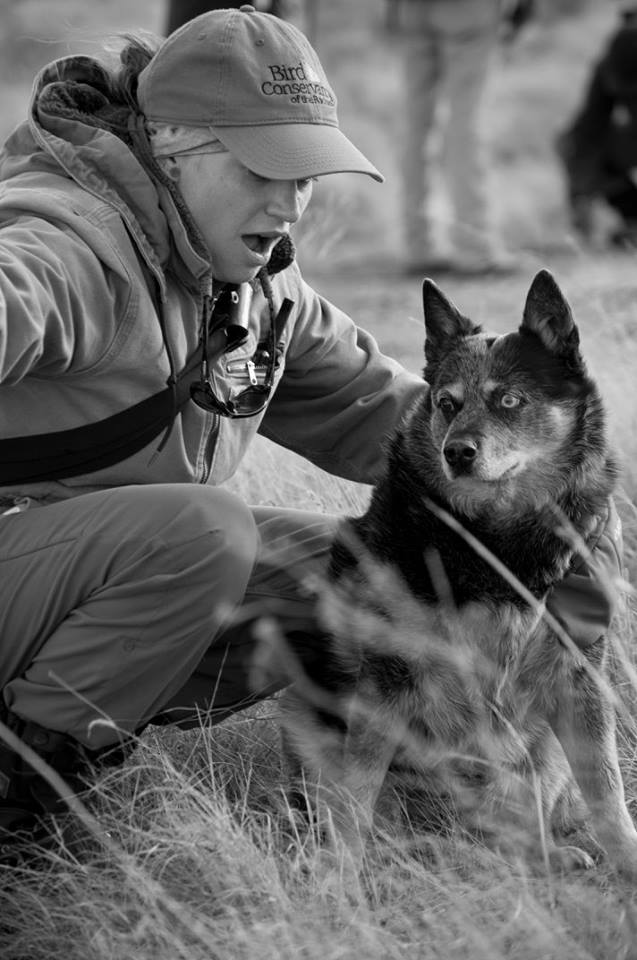 Working dogs are motivated by praise from their handlers, in this case Avian Ecologist Erin Strasser. Photo by Eduardo Alvarez

To understand how Badger is involved in sparrow herding, one must understand how and why we capture birds in the first place. Bird Conservancy’s project aimed at understanding survival of grassland birds on their wintering grounds of the Chihuahuan Desert uses radio-tracking to monitor cryptic species such as Baird’s Sparrows and Sprague’s Pipits. Birds must be captured, banded, and tagged with a tiny radio transmitter that allows researchers to follow their movements and gain knowledge of their habitat preferences and causes of death. Grassland birds spend time in well, grass and to capture them requires a long line of mist nets and a big group of people walking through that grass, slowing pushing birds towards and in to the nets.  By weaving in and out of dense patches of grass following verbal cues and hand signals, Badger, or Tejón, as he is affectionately named at our Mexico field sites, allows us to capture more birds with less people. Instead of a paycheck he gets praise, a ball, and occasionally a homemade tamale. 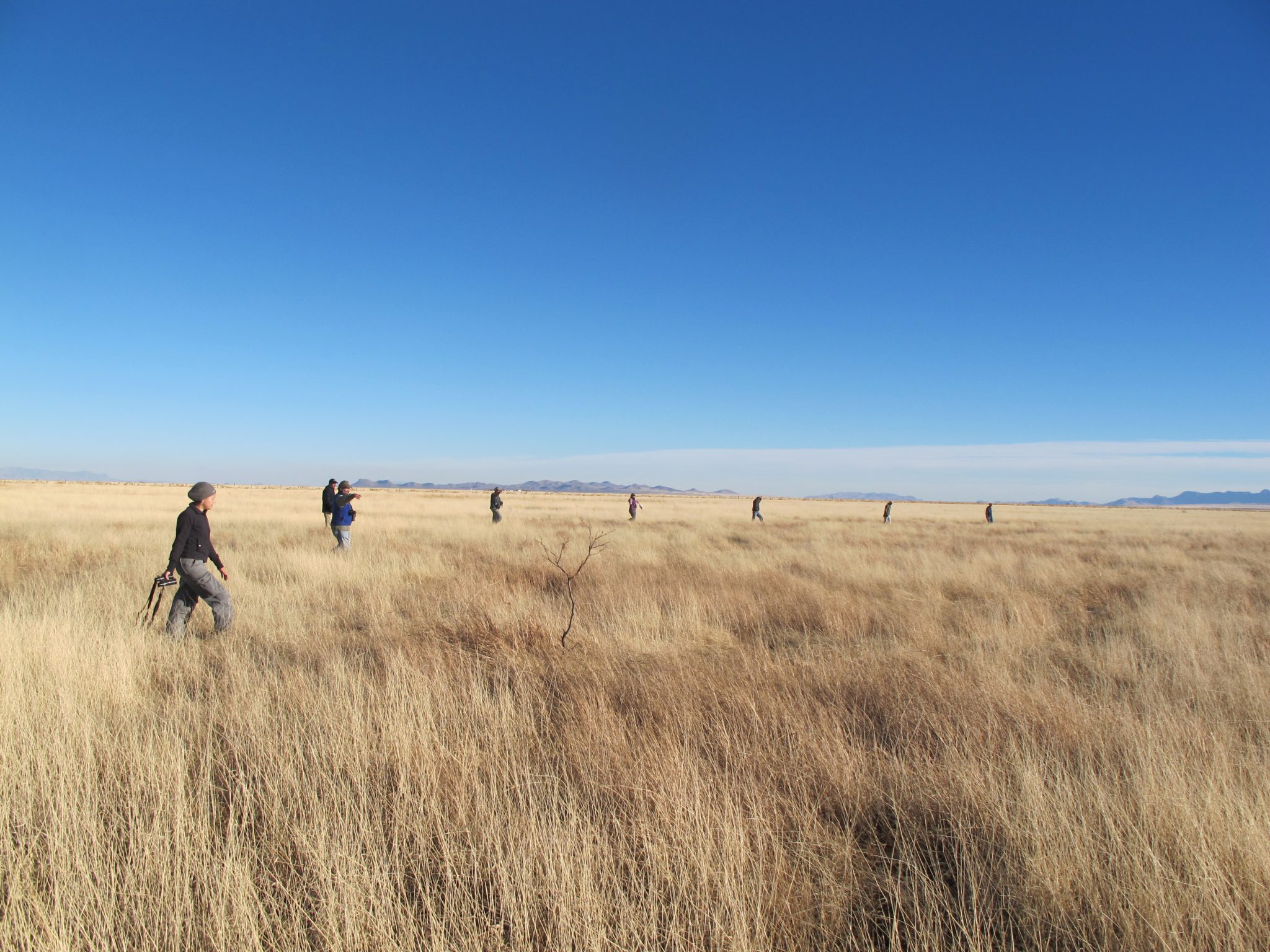 A group of people flush nets birds in the Chihuahuan Desert of Mexico. Photo by Erin Strasser

Watch this video to get an idea of Badger in the field. Footage and Editing by Isaac Morales

Tragically, one year ago, 13 year old Badger succumbed to cancer and just like that the team in Mexico lost a crew member. It was almost impossible to imagine how the field house would be a little quieter, that there wouldn’t be a pair of different-colored eyes intently watching my every move, nor that the kitchen floor would have a few more crumbs. 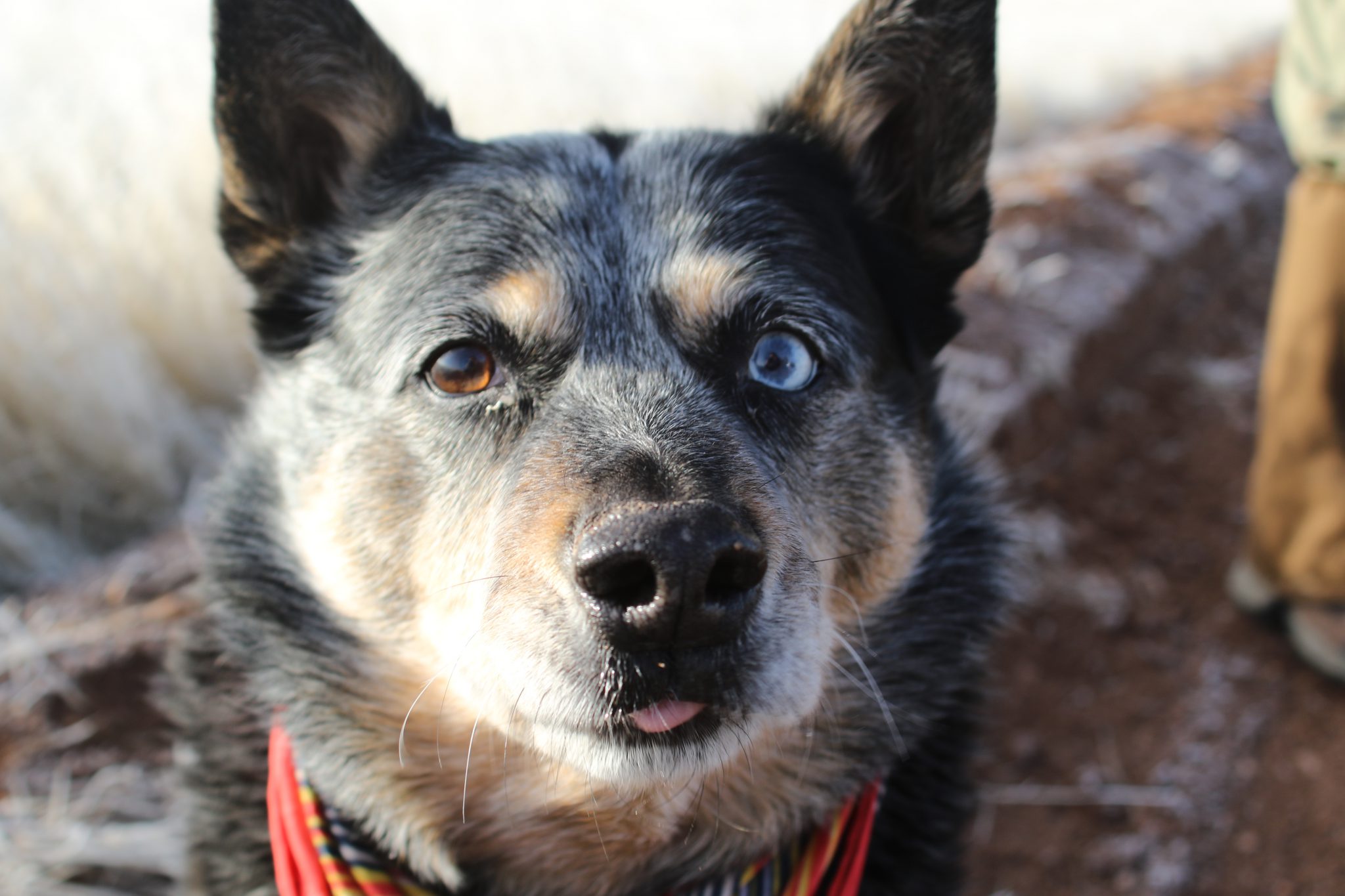 Badger, the silliest member of the field crew. Photo by Greg Levandoski 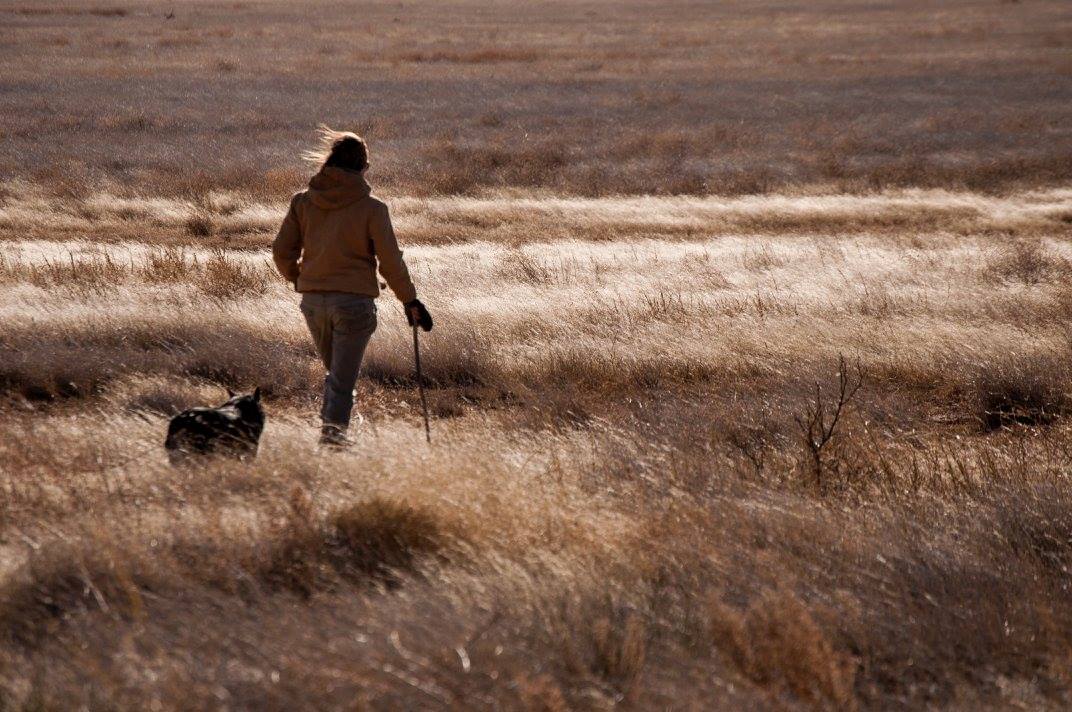 Badger, a loyal and hardworking companion till the end. Photo by Eduardo Alvarez

But there is a new hope. Next thing you know, there’s a sassy red Australian Cattle Dog wandering the Bird Conservancy offices and joining in on the sparrow flush netting action. Merlin the pup, named after a fierce falcon of the prairies, has already demonstrated a keen interest in birds, responds to a number of commands, and will do just about anything for a ball. He has potential. And Badger would be proud. 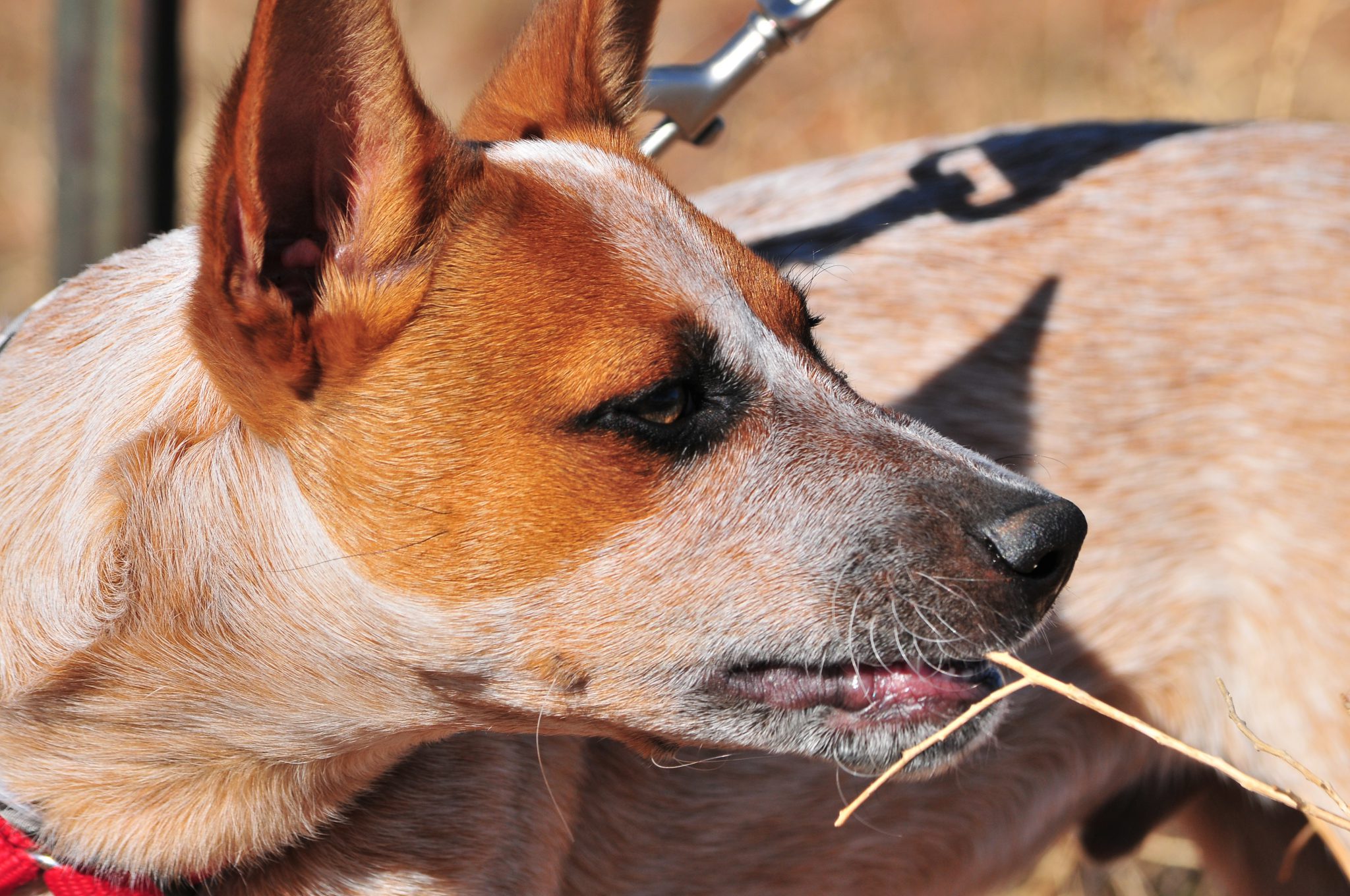 Merlin the red heeler pup gaining experience in the field. Although this breed was developed to herd cattle, they can be trained to do almost anything and are hearty enough for long working days outside. Photo by Isaac Morales. 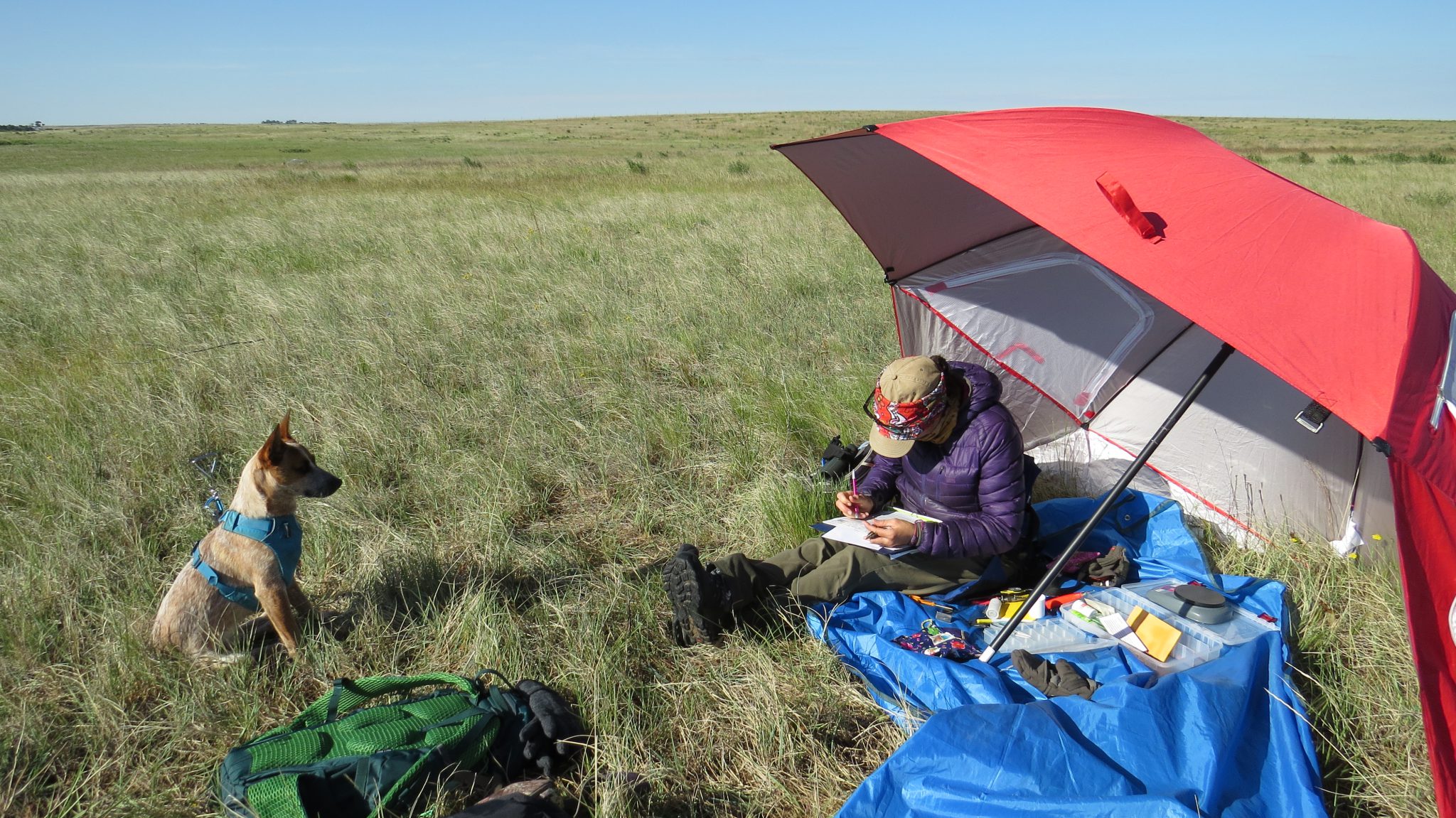 Merlin watches while Erin Strasser bands sparrows in the Northern Great Plains. Supervised interactions around birds is one of the first steps to training a sparrow herding dog. Photo by Mo Correll.

For more information on dogs involved in conservation work, check out these links. 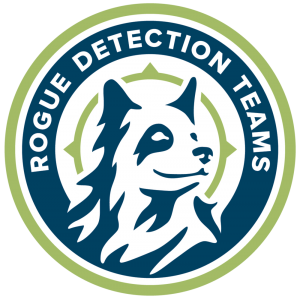 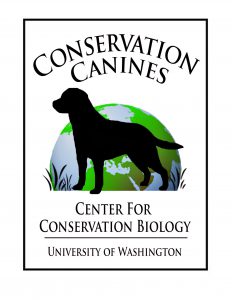