The Cacti have Eyes!

The deserts and canyons of the American Southwest are home to an array of wildlife that pique the imagination and conjure images of more tropical locales. Coatis, Elegant Trogons, Gila monsters, jaguarundis, a dizzying diversity of hummingbirds, and several other specially-adapted animals inhabit these arid landscapes. In addition, many of these animals can be found nowhere else in the United States. 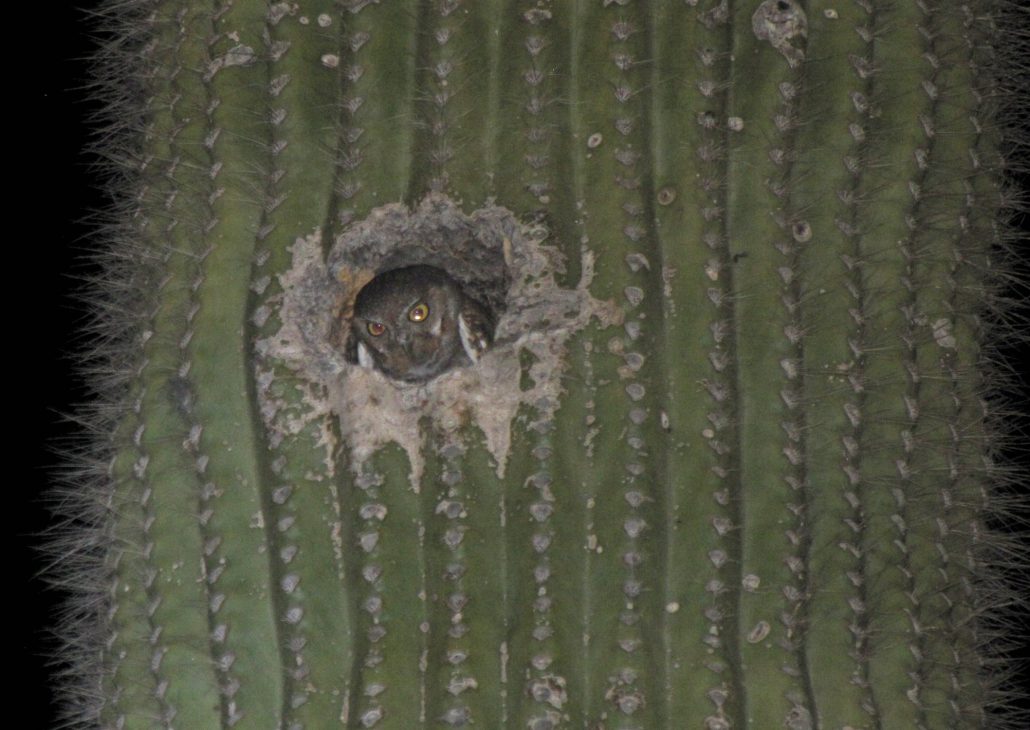 An Elf Owl peeks from its nest in a Saguaro cactus west of Wickenburg, Arizona. Photo: Bryant-Olsen (Flickr CC BY-NC 2.0) 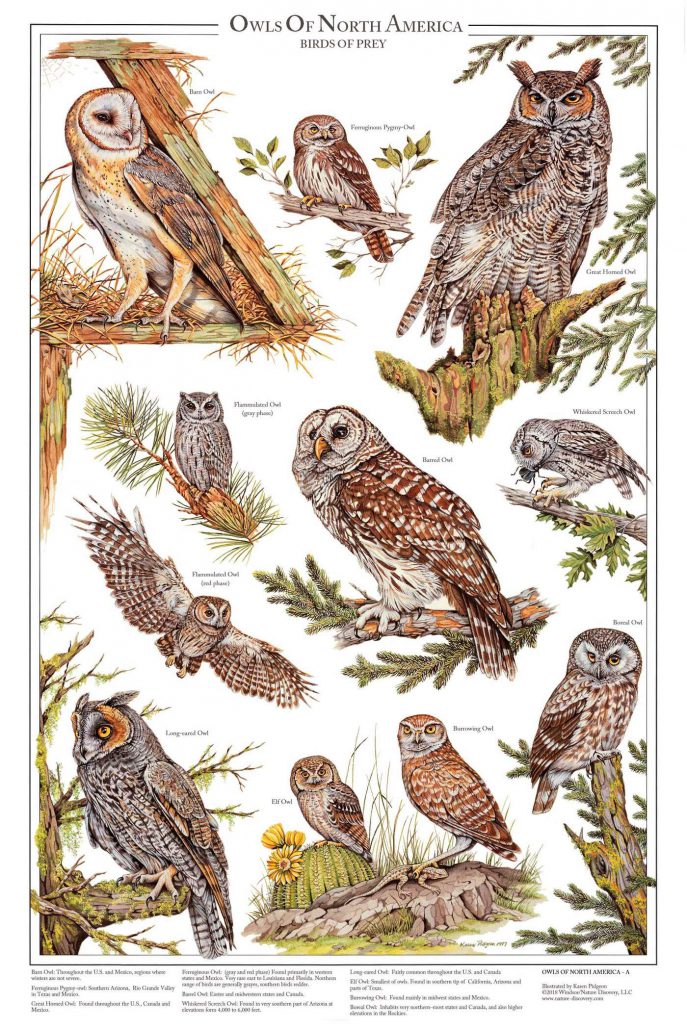 Among these amazing animals is a species that’s easy to overlook—but not because it’s ordinary. Quite the opposite. Literally pint-sized and weighing less than a golf ball, if you weren’t looking carefully you could miss the Elf Owl.

The Elf Owl has the honor of being the world’s smallest owl. They live in wooded canyons and saguaro deserts in southern Arizona, New Mexico, and Texas. Their rhythmic pe pe pe pe pe calls help them find mates and establish their territory. Like most owl species, Elf Owls are nocturnal hunters. However, these tiny-but-mighty hunters don’t go after small mammals like most owls. Instead, their prey is mainly insects, scorpions, and spiders—critters much more fitting to the scale of this tiny owl. They incubate their 2-4 eggs in old woodpecker holes in trees, telephone poles, and saguaro cacti. Following their breeding season in May and June, they migrate to Mexico where they continue to hunt for arthropods during the winter months.

Every summer, Mexican Spotted Owl technicians from Bird Conservancy of the Rockies span out across the eleven National Forests in Arizona and New Mexico to survey for the federally threatened Mexican Spotted Owl. Our surveys are designed to target Mexican Spotted Owls, but we often get responses from many different owl species, including Elf Owls. We collect data on all the owls we detect. In the six years that we’ve conducted these surveys, we’ve noticed a general increase in the number of sites where we’ve detected Elf Owls. 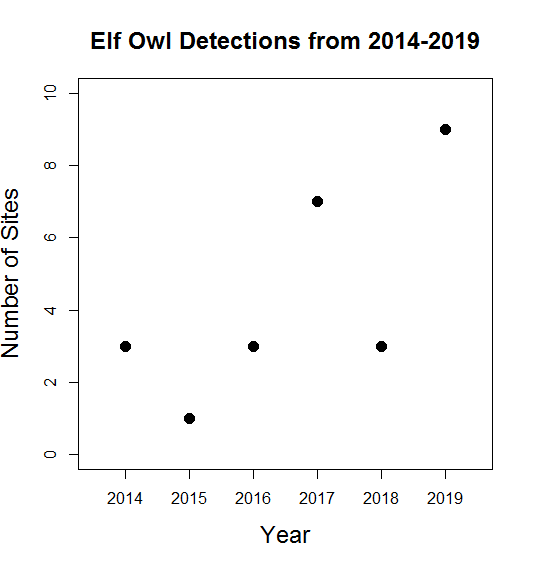 The 2019 field season was the most yet with Elf Owls detected in nine sites! There could be many different reasons for the uptick. One possibility is that favorable climatic conditions are promoting higher juvenile and adult survival. We’ll be heading back out to survey for Mexican Spotted Owls in 2020 and we’ll keep our eyes and ears out for anything else that might respond to our surveys. The data we gather could reveal trends we weren’t anticipating, or help other researchers learn more about these captivating nocturnal hunters. 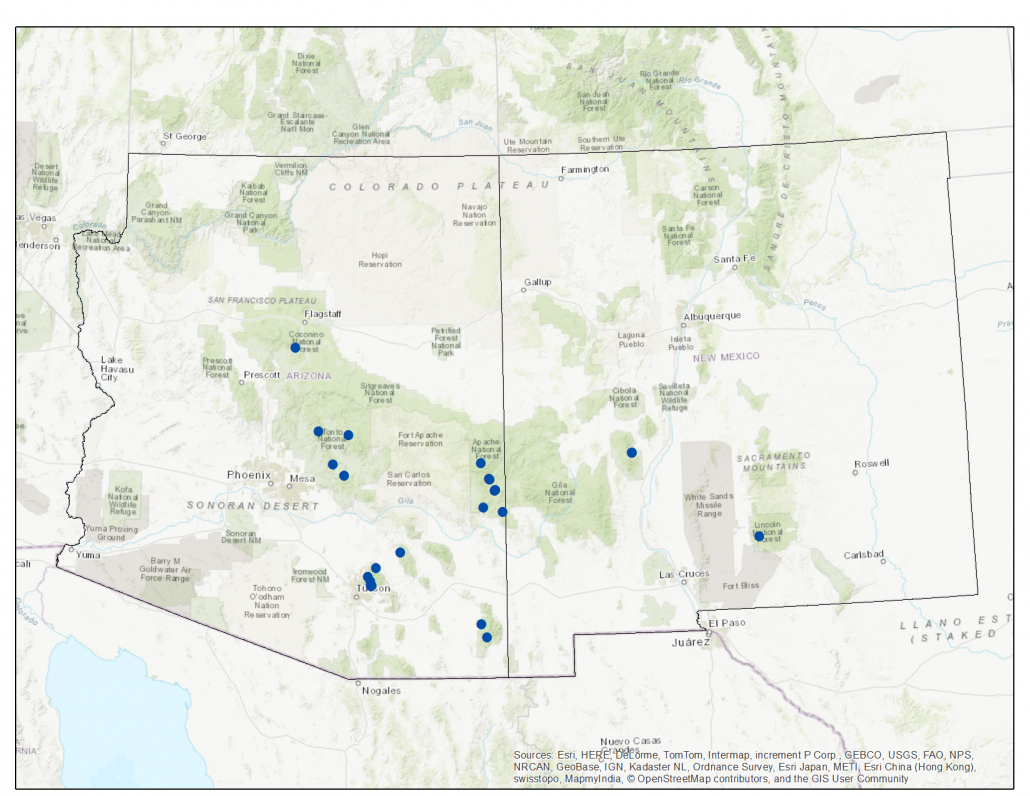 So if you every find yourself walking by moonlight amongst the towering saguaro cacti, which I highly recommend, keep an eye out. You just might find two tiny eyes peeking out of an impossibly small hole in a cacti watching you pass by. 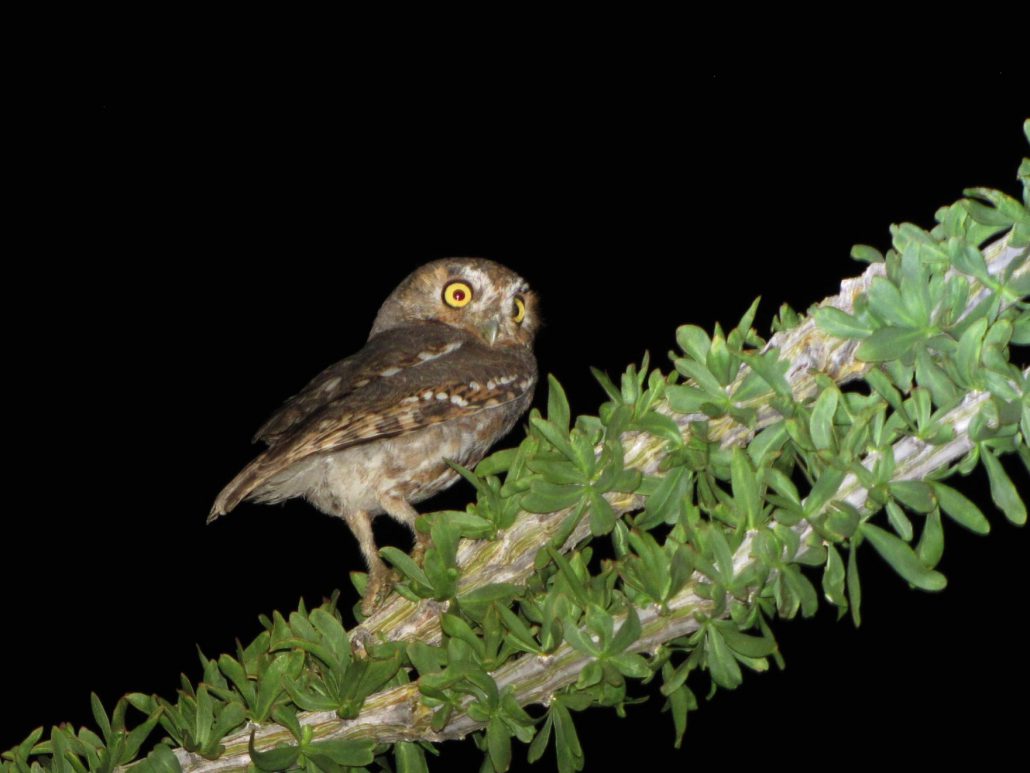