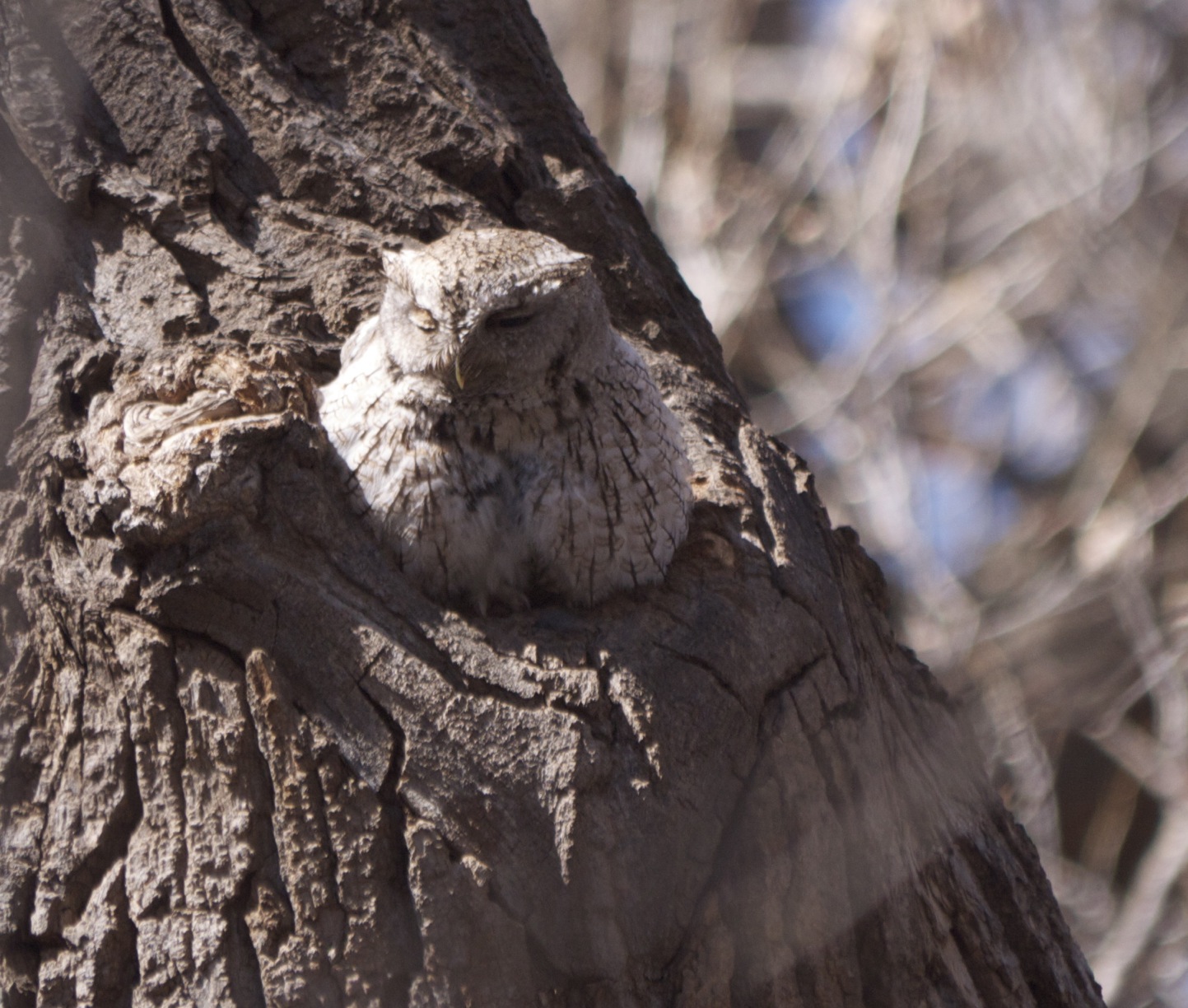 The Eastern Screech-Owl is one of the most common owl species in North America, yet little is known about its ecology, with no population trends for Colorado. Eastern Screech-Owls are an indicator species of riparian forest health for the City of Fort Collins.

Training will be in Fort Collins (exact location TBD)

What: Monitor and collect data on Eastern Screech-Owls and other owl species living along the Cache la Poudre River. Data help guide habitat restoration efforts along the river.
When: March to mid-May
Where: Survey sites along Poudre River in Fort Collins, Colorado
Who: Anyone with an interest in owls. Requires the ability to conduct surveys at night, follow a standardized protocol, and drive to monitoring sites and walk to river.
Training: late February at the Bird Conservancy’s office in Fort Collins, Colorado
Contact: Rob Sparks, Research Biologist/GIS Manager, (970) 482-1707 x19 or [email protected]