FORT COLLINS, Colo. – Songbirds bring joy to millions of Americans each year. Unfortunately, many birds we love are disappearing due to habitat loss, threats from invasive species, climate change, and other factors. This includes species that spend their summer in in the grasslands of Colorado’s Front Range such as Colorado’s State Bird, the iconic Lark Bunting, or the newly discovered population of Baird’s Sparrows breeding on Soapstone Prairie. Grassland birds face challenges during migration, on the wintering grounds in the Chihuahuan Desert, as well as on the summer breeding grounds in the U.S. and Canada. These challenges have contributed to population declines of almost 90% over the last 45 years for some species of grassland birds.

Bird Conservancy of the Rockies, in partnership with the City of Fort Collins Natural Areas and Larimer County, was recently awarded two highly competitive Neotropical Migratory Bird Conservation Act (NMBCA, administered by the U.S. Fish & Wildlife Service under the Department of Interior’s Migratory Bird Program). The NMBCA program is a critical resource for bird conservation within and beyond our borders, providing support for the conservation of migratory grassland birds in the U.S. and Mexico with the goal to stabilize and reverse bird population declines. Funds from the NMBCA support monitoring of migratory birds to help guide conservation and management of parks, open spaces and natural areas that provide critical habitat for many high-priority species of conservation concern. For example, NMBCA supports bird monitoring and conservation as part of the management plan of the Horsetooth Foothills Conservation Project, as well as other Fort Collins Natural Areas properties. Using birds as indicators of a healthy landscape, and science as a foundation for actions on the ground, managers aim to achieve recreational, scenic and conservation values that benefit people, birds and other wildlife.

In 2019, the NMBCA program provided $3.8 million in federal funds to support projects that conserve migratory bird habitat, engage local communities in bird habitat protection and strengthen international relations, while raising awareness of the importance of bird conservation. Funds awarded in 2019 will leverage an additional $16.2 million in non-federal matching funds from conservation partners such as Bird Conservancy of the Rockies and the City of Fort Collins, expanding our impact through collaborative public-private partnerships.

There are 386 species of neotropical migratory birds that migrate to and from the U.S. each year, including songbirds, shorebirds and birds of prey. Birds provide critical functions such as pollinating and dispersing seeds, keeping insect and rodent populations in balance, and providing early warnings of environmental degradation. Our national passion for birdwatching puts billions of dollars into the economy through purchases of bird food, binoculars and travel to see our favorite birds.

With funding from NMBCA grants since 2002, Bird Conservancy has pioneered conservation on the Chihuahuan Desert grasslands and shrublands of northern Mexico, working to conserve at-risk grassland bird species like Baird’s Sparrow, Sprague’s Pipit and Lark Bunting. Over 28 different grassland bird species benefit from these efforts, including locally endangered species like the Aplomado Falcon and Golden Eagle. Bird Conservancy’s efforts are advanced by sound science, achieved through empowering people, realized through stewardship and sustained through partnerships. Together, we are improving native bird populations, the land and the lives of people. 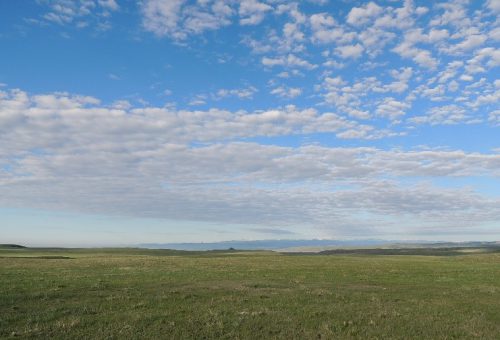 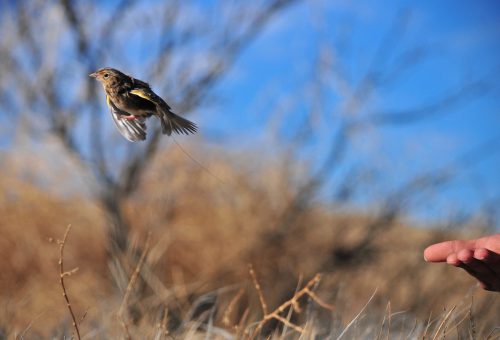 A Grasshopper Sparrow outfitted with a tiny radio transmitter is released. NMBCA funds help support bird monitoring programs that give insight into causes of this species’ decline. Photo: Isaac Morales 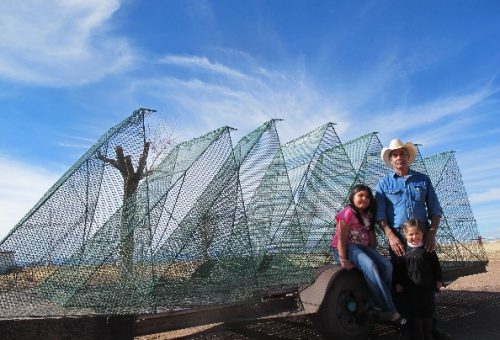